A tale of Bendy Pot

I had been volunteering for a few years and had established quite the reputation for myself, my mum assures me, as being the best and most capable volunteer to have graced the camps with their presence ever, ever. Other than my massive intellect and vastly humble nature, I had studied disability extensively and believed myself to have my finger on the pulse of the kids and a beacon of knowledge on the trials and tribulations of living with disability. I had seen first hand the limitations put on people with disabilities, when I knew that with the right help, a tiny bit of encouragement, plus a sprinkling of that magic that is intrinsically part of Birmingham PHAB camps – that there was virtually nothing that couldn’t be achieved.

It was with this in mind that I FLATLY DENIED Joel from going into the depths of the mines of Moria… or, depending on the translation… Bendrigg Lodge’s “Bendy Pop”…or “Bendy Pot”…look the name doesn’t matter – the point is – this pitch black, catacomb like, tight maze of stone with its confusing twists, turns and level changes had been a challenge even for my lithe and sinewy frame. I had really struggled with it – meaning it was probably the hardest thing to do in the world, ever. Now, I was not one to shy away from getting people to participate in the gritty side of Venture… I was completely equal opportunities and would waterbomb, push in the lake or squirt shaving foam in the face of ANYONE. But this, this, was a step too far. Joel was in a wheelchair… he could not do Bendy Pot, it was too dangerous, and that was that. 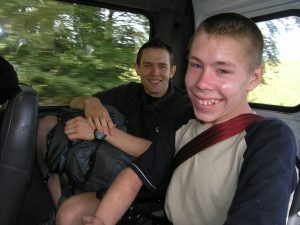 As I sat surveying my PHAB kingdom not an hour later… cup of tea in hand, optional gingernut perched on my saucer, children frolicking in the sun, zip line whizzing past my head, the delighted screams of people hurtling down the monster slide… one of my little minions came running up to me… “come quick” they gasped… “Joel’s in Bendy Pot!”… In slow motion the cup tipped from my hand, the liquid suspended in the air, before crashing down to the earth, the ear piercing smash of the crockery on stone sending flocks of birds into the air… I raced up the hill towards what surely must now be Joel’s tomb.

“Who is he in there with!?” I demanded… no one seemed to know… well that’s it… mountain rescue I thought… or at least I was going to have to douse myself in vegetable oil and do my best impression of an eel and re-enter the place from which no light can escape… As a litany of thoughts crossed my massive mind… a pair of feet emerged from the hole at the top of Bendy Pot… feet… how the… Bendy Pot is so tight that “head first” is not a fun option – it is an anatomical certitude… unless your spine is literally made of rubber. But then ankles, calves, knees appeared (all attached to each other)… it was one of Bendrigg’s instructors… “Dude” I said “That was awesome… but we have got big problems… JOEL IS IN BENDY POT!” He looked at me as if I had gone mad. “I know”, he said, “He’s at the end of this rope”. Two seconds later a thoroughly exhausted but very much alive Joel poked his head out the top of the cave… “Alright mate” he said in his unique, crackly, lovable voice. Relief doesn’t begin to explain how I felt. 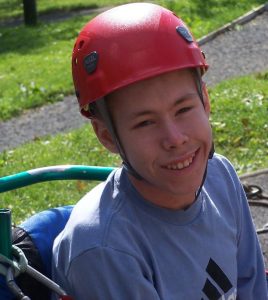 Joel had asked the instructor to go through; without hesitation he tied a rope to Joel and proceeded backwards through the caves and up the many levels, guiding him through its dark recesses. Joel was absolutely shattered… I had watched this lad play basketball for two hours straight… but this really took it out of him… but… he did it. He did it. He did it quicker than me… and he could do it again. I didn’t know what to say… I was just completely in awe of these two heroes.

If Joel had listened to me, he wouldn’t have done it… and might have thought that he couldn’t do it. But he did it. Joel thought he could do it, a saintly and apparently invertebrate instructor believed in him and with the PHAB magic fairy dust…well! I learned a lot about putting limits on people that day.

PHAB isn’t in the habit of putting people’s safety on the line – it’s the first, the last and the middle of your thoughts as a volunteer – you are being trusted with the most precious thing in people’s worlds and you better believe that the responsibility of that is taken seriously – but, the number of times I have seen people on PHAB camp nudged forward with heartfelt encouragement to achieve things they would never have believed themselves able to do (and maybe even I wouldn’t too) – whether that’s Bendy Pot, just getting in a boat, climbing that rock face, singing in front of a crowd, abseiling, talking to that girl, trying that food… and a whole host of other activities too numerous to list. And to witness the joy, confidence and, ultimately, the new freedom that comes with overcoming these fears or perceived limitations – to me comprise some of the best experiences of my life. PHAB has afforded me and countless kids these opportunities for fifty years. The good it has caused is immeasurable, and I couldn’t be more thankful. 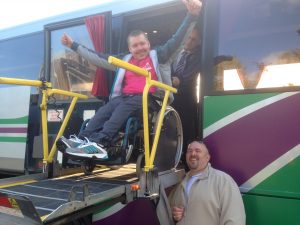 Go Back To Our Impact

This website uses cookies to improve your experience while you navigate through the website. Out of these, the cookies that are categorized as necessary are stored on your browser as they are essential for the working of basic functionalities of the website. We also use third-party cookies that help us analyze and understand how you use this website. These cookies will be stored in your browser only with your consent. You also have the option to opt-out of these cookies. But opting out of some of these cookies may affect your browsing experience.
Necessary Always Enabled
Necessary cookies are absolutely essential for the website to function properly. This category only includes cookies that ensures basic functionalities and security features of the website. These cookies do not store any personal information.
Non-necessary
Any cookies that may not be particularly necessary for the website to function and is used specifically to collect user personal data via analytics, ads, other embedded contents are termed as non-necessary cookies. It is mandatory to procure user consent prior to running these cookies on your website.
SAVE & ACCEPT